Energy for life:
a constant rich of values

Transforming nature’s natural energy into power which fuels life, in every condition and expression: this is the main aim of RIELLO. A three-fold commitment: supporting mankind and their needs, assisting nature to continue its origin as a source of well-being, confirming the identity of a Company which operates to give value to the future.

Life has no quality
without an objective.

This sums up Riello’s idea: a company which, over the past 95 years, has grown and consolidated its position led by a clear cut identity and a strong sense of values. these values permeate the walls, the people and products: they help to achieve economic expansion based on the improvement of social well-being and the quality of life, with respect for both mankind and the environment

RIELLO’s objective
is quality of life

Respecting and protecting people, Protecting the environment, Excellence and innovation, Customer care, Trust and integrity, are values equally important so that the brand continues to be considered as a leader, not only for what it does from a business point of view but above all for what it can convey.

The Company’s
approach
to Corporate
Responsibility

Riello pursues a company policy and philosophy of life, based on the creation and the retention, with all stakeholders of relations managed in a collaborative way, founded on reciprocal transparency, credibility and trust. At the base of the construction and consolidation of Corporate Responsibility lies the awareness that the company can create value and achieve solid long-lasting success only if it can positively interact with the world it is growing and developing in. For Riello this not only means abiding by the rules, but anticipating and investing in sustainability, thinking about the future, but not only about tomorrow. These “new” needs stand together with the “old-fashioned” attention and sensibility. In this sense Riello is a leader, as it has known how to interpret a role which doesn’t only mean generating income but also being a point of reference for the community. 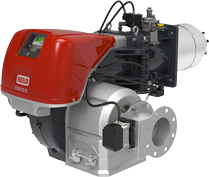 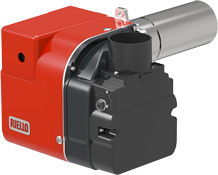 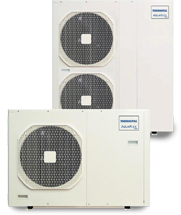 interaction with
the world of education

Respect and protection
of people

A fundamental value, not only proclaimed but strongly supported and promoted by Riello, is the centrality of people.

Promoting social progress in general, with particular attention for the territory.

The promotion of cultural values has been a project of primary importance for Riello for years now.

Protecting the environment and sensitivity towards renewable energies and energy efficiency are fundamental to both company policy and research and development strategy of Riello.

interaction with
the world of education

“Riello School” is the project which involves the company in a concrete and efficient collaboration with the world of the schools, above all at a local level, and which aims at preparing the youngsters for the world of work. The school program contains various aspects: company visits, scholarships, internships, collaborations with the main local institutions to help with courses (COSP Master for career guidance) as well as training within the company’s main sites. Starting from 2009 Riello Group has participated actively in the “International Internship Project” which organizes internships for high school students in one of our foreign subsidiaries. Furthermore, in 2010 Riello joined the program “Alternanza Scuola Lavoro” (Alternating School Work) which allows students from the local technical high schools to enter the company for short periods and see how the company works at an operative level. In 2015 Riello drown up direct agreements with the main schools in order to calibrate the educational paths with the needs of the territory, while providing all the necessary support.

Respect and protection
of people

A fundamental value, not only proclaimed but strongly supported and promoted by Riello, is the centrality of people. The commitment of the Company is focused on both the individual and the whole community to assure a solid and untroubled future for all its collaborators, as well as guaranteeing the highest standards of safety in the workplace. Particular emphasis is placed on understanding and realizing the expectations of its employees, while valuing the contribution and attitude of everyone. In 2011 Riello opened its doors to employees’ families, organizing an “Open Days” which regularly see the participation of a huge number of people as well as voluntary organizations and company sport associations: all together to celebrate the strong relationship. Starting in 2011 the company also launched the “Hello Family” project, following the Department of Family Policy guidelines which set the objective of conciliating work-time and free time. Training, developing the potential to grow, safety, internal communication: the main attention is on the people. RIELLO has always demonstrated keen interest in training its employees. Back in the fifties the “Ettore Riello” school was founded: an institute for heating technicians which, over the years, has prepared thousands of youngsters for the world of work, creating the right conditions for the growth and contributing to the development of a true “heating technician district”. Even these days, as well as the regular training for technicians and installers (about 3,000 people a year) there are also in-company managerial and language training courses. Mainstay to the attention towards people is the on-going search for greater safety. Spreading the culture of safety in the place of work is, after all, the aim of the “Riello Safety Committee” which defines and regulates the commitment of the company in pursuing the protection and health of its employees.

Promoting social progress in general, with particular attention for the territory in which the company was born and evolved, in all its diverse aspects, to conciliate profit with social development. In Legnago (Italy) the name Riello is almost identifiable with the territory, not only directly but above all because it has helped develop in a domino effect a network of small and medium sized industries which has given birth to a true district. Riello, on the other hand, owes a lot to the territory and expresses its acknowledgement by choosing, every year, to support an activity which is useful to the society with donations ranging from structures for disabled people to those for young people or infants. The true challenge, however, is to remain coherent and true to your own values even beyond the walls of the company. Abroad too, RIELLO respects and values the local realities where it is operating, well-aware of the fact that globalization doesn’t have to mean the sacrifice of identity, the distortion of the territory and uniformity of lifestyles. Through various initiatives (shows, publications, donations) Riello supports the international association “Doctors without Borders” the largest humanitarian medical organization in the world, in favor of helping the most needy populations of the world. To give a further signal of solidarity among the populations, for some years now the Company has bought fair trade products for its employees’ customary Christmas box, thus contributing to spreading the values correlated of dignity, justice and transparency. All these are examples that show, on one hand, how much the Group wants to strengthen its presence in Europe and in the world, while on the other stressing the bond with its own origins valorizing its territory and its commitment to keeping it the pulsating centre of an activity in continuous expansion.

The promotion of cultural values has been a project of primary importance for Riello for years now. The entrepreneurial growth supports the cultural field, aimed at improving the quality from a variety of points of view. The intention is that of re-defining the image of the company, not only as a place where budgets and balance sheets are completed, but as the ideal meeting point between Company-Culture-Territory. The “E&Y” prize awarded in 2003 in the “Quality of Life” section assigned to companies which promote culture, ratified the value of this belief, particularly appreciating the two projects “Riello meets Ghirri” and “Meeting the Author”. The photography section has recently been enlarged with the addition of the collection named “The Arab Sunday” by Vincenzo Cottinelli. Another high-level activity is the “Meeting the Author” evenings which started in 1989 and has brought to Legnago some of the most famous names from the fields of journalism, sport and politics: Montanelli, Prodi, Vespa, Cofferati, Lapierre, Terzani, Tonini, Ravasi, to name but a few. Also the collaboration with the Salieri Theatre began many years ago, a prestigious point of culture for all the area surrounding Legnago and not only. It is the third most important theatre in the Veneto region behind the Fenice Theatre in Venice and the Philharmonic Theatre in Verona. The Company is one of the Founding Members of the theatre and this bond is renewed every year with the highest theatrical and musical traditions.

Protecting the environment and sensitivity towards renewable energies and energy efficiency are fundamental to both company policy and research and development strategy of Riello. Riello has always shown a strong interest towards environmental problems through its products by placing particular emphasis on reducing emissions from combustion and on an intelligent use of energy. The approach which has been adopted over the years and which will continue in the future, involves more than the reduction of environmental impact or the development of eco-compatible products. In fact, the even more ambitious goal is to translate into concrete results a philosophy which repositions the role of the company in comparison to the players with whom it interacts in Italy and the world. Developing modern concepts of sustainability, Riello uses natural resources intelligently and responsibly to improve the well-being of people, scrupulously abiding by the internal and external regulations concerning differentiated waste collection and recycling, promoting the adoption of technology and products which protect the environment and support initiatives, even those outside the Company, to protect the places we live and work in. With this aim, Riello has adopted an EH & S management system with the most stringent limits for environmental protection and safety and health of the people.

Read all the information about Riello 4 Green

The sign that Riello is working in the right direction for the environment can be seen from the numerous certificates for the environment and the prestigious institutional awards. In 2009 in the competition “More energy efficiency and sustainable mobility” published by the Department of Economic Development and better known as “Industry 2015”, Riello came first out of thirty projects with the project PIACE “Piattaforma intelligente, Integrata e Adattativa di microCogenerazione ad elevate Efficienza per usi residenziali” (translated: integrated and adaptive intelligent platform of high efficiency micro-cogeneration for residential use). Recently, with the condensing boiler, Riello gained the important recommendation in the category “Efficiency in consumption: low energy consumption goods and products” promoted by the Environment Association and the Lombardy Region. The award is considered unique in this sector for being able to conjugate innovation, technology and respect for the environment. Within the project “New Energies for the climate” in the category “Best Management” Riello was awarded the “Enterprise Environment Prize” promoted by the Department of the Environment and the Department of Economic Development, by Italian Chambers of Commerce and by the Milan and Rome Chambers of Commerce. In 2015 Riello supported the “#FoodPeople“ Project, the exhibition promoted by the National Museum of Science and Technology Leonardo da Vinci in Milan during EXPO 2015. Within the museum path, the first kitchen of the 50s with Riello Briket burner, has been chosen as a main iconic product, and has been exhibited. The initiative received the first prize in the Sponsorship and Partnership category of the CULTURE + ENTERPRISE AWARD dedicated to the enhancement of “best practices“ in Sponsorships, Partnerships and Corporate Cultural Production. 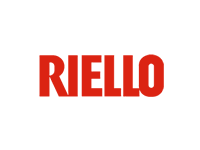 Riello is constantly looking for specialized people to increase its team with competence in technologies and on the markets.

Our Values
Work with us 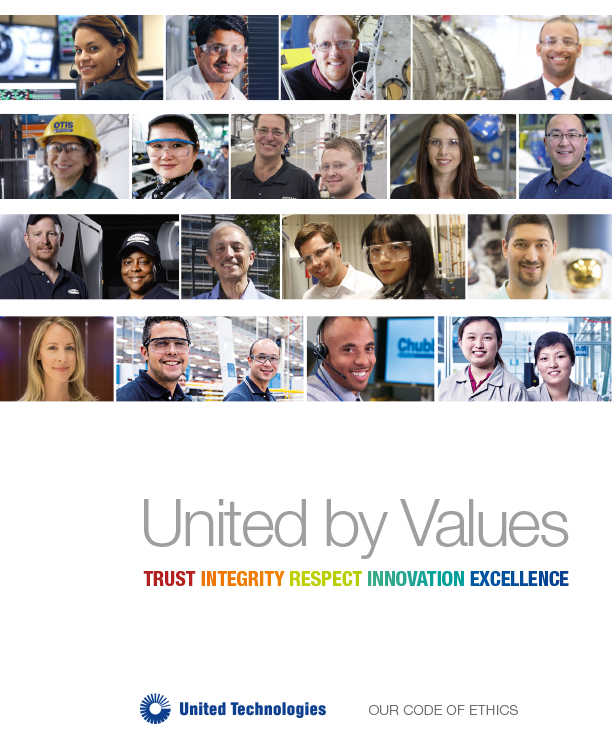 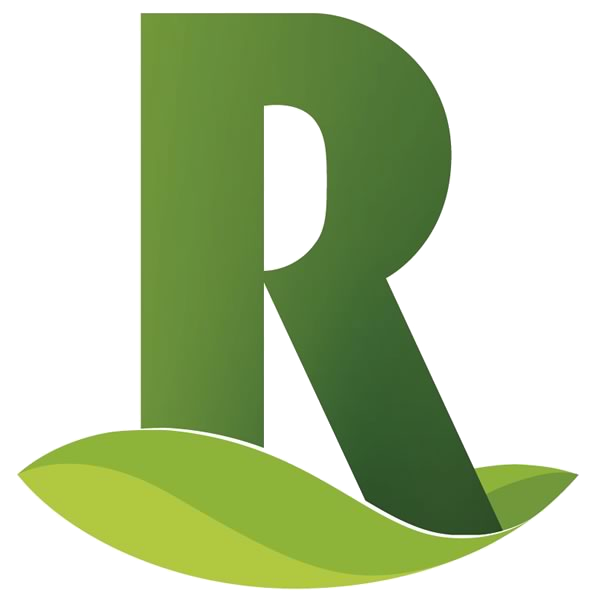 A green focus on our whole world. Riello has embraced the concept of well-being at 360°, a well-being that falls on the eco-sustainability of its products and on the philosophy of managing corporate ‘thing’.