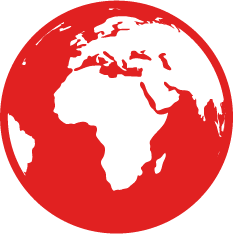 Baileys production steams ahead thanks to Riello

U.K. - The production process at DiageoÔÇÖs plant making BaileyÔÇÖs liquor is steaming ahead thanks to two dual fuel burners supplied by Riello. The Modubloc MB8LSE burners were the first ones installed in Northern Ireland since their launch at Mostra Convegno in Italy, and also the first ones used on steam boilers. Each boiler generates around 10 tonnes of steam per hour for use in the production process.
The plant in Belfast is designed and built specifically for BaileyÔÇÖs production. The boilers and burners were supplied through C & F Quadrant of Belfast, and it was a first for them to supply steam boilers as well. The Modubloc MB series used for this application are designed specifically for use in large commercial and industrial heating systems. All of the forced draught Modubloc burners have full modulation control with adjustment of the air and fuel flow by separate electronic servomotors. This gives precision control of the burner firing rate whilst optimising overall efficiency.
The integral burner management control unit offers additional features such as communication with a bms, plc or computer network system. Exhaust gas analysis and oxygen trim facility and full boiler sequencing can also be easily controlled. The MB series is available in four versions. The MB SE gas firing range, MB LE oil-firing range, MB SE BLU gas-firing range with low NOx emissions to class III EN 676, and the MB LSE dual-fuel firing range.
In addition, all models have optional variable speed drive facility for the combustion fan motor. This gives reduced electrical consumption and noise emissions when the burner is firing at reduced outputs, and means the burner can be included on the Enhanced Capital Allowance (ECA) Scheme Energy Technology List.
All of the burners in the Modubloc range use common components designed by and specifically manufactured for Riello, which means total quality assurance across the entire Riello Burner range.